Would you give your life for someone you love? A child? A spouse? A partner? Without hesitation, you would. Why 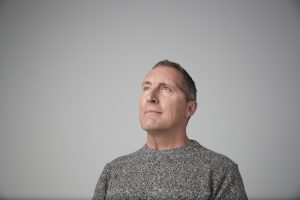 do first responders do it every day for faces they may never know? The gracious gift from everyday heroes who choose to protect and serve can be costly for them and their families. Remembering victims who did not survive a horrific accident is delicately balanced with the relief, and gratitude one feels from rescuing a child from a burning home. When I first became a firefighter, I knew of the long-standing expectation that public servants would be courageous. They would be tough – mentally and physically.

However, in 1999, as I was rising through the Arlington County Fire Department (ACFD) ranks, my peers and I recognized that traumatic experiences would live with us forever. Using the Critical Incident Stress Management (CISM) Program as a foundation, the Fire Department and EAP initiated a groundbreaking training program for the entire Department to build resilience and teach us coping mechanisms to help us process stressful and challenging experiences. As the training gained momentum, I recognized that opening up and talking about our experiences – telling our stories – made a big difference. When the initial training concluded, we were happy with the results and challenged ourselves to advance it further. We could not have imagined how essential it would be to our survival in September 2001.

Every member of my crew and many others from ACFD responded to the Pentagon on September 11, 2001. Words 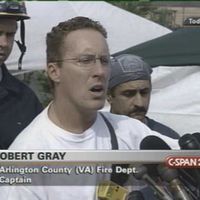 do not describe the graphic horror we experienced. We searched for anything and everything to help identify victims. We thought of those who died in the crashes and the innocent casualties who were in the wrong place at the wrong time. Post-traumatic stress disorder (PTSD) and depression consumed many of us as we meticulously searched for a few weeks to find remains that would bring certainty and peace to victims’ families.

This was not the end of my story. In some ways, it was a beginning. At the time, I didn’t know that an accident would force me to relive those days after September 11, again and again.

It was supposed to be a simple home improvement project. A catastrophic fall from a ladder in 2011 was a life-changing event that initially caused doctors to believe I would never speak again. Doctors said that my traumatic brain injury (TBI) would mean permanent cognitive and communicative challenges. That dismal diagnosis just wasn’t acceptable. All of my memories were gone. I had to fight to get each memory back.

Rehabilitation was arduous, physical work. But it was nothing compared to the mental and emotional work. Starting at the kindergarten level, I began to rebuild my cognitive skills. Retrieving my memories meant reliving the best of times and the worst of times. Eventually, I recalled the memories from my time at the Pentagon. Reliving them was painful, but I got them back in the right place.

When I recall my battles with PTSD, depression, and stress, I remember the actions that helped me heal. I believe that exercise is essential. Cycling helped me process memories from the Pentagon. On September 11, 2003, I bought the bike as a ‘therapist’ because I couldn’t get rid of the thoughts and dreams of the Pentagon being a haunted house. I visualized it the way I saw it in my dreams. And I rode for hours – remembering the worst things I saw and re-experiencing them.

There is a stigma with depression and PTSD. People don’t talk about it. We must take steps to change our culture and create a system that reaches people. PTSD is a great example of an invisible injury. It’s hard to care for people when you can’t see them hurting. Changing the culture will encourage people to talk about their stress and depression. They’ll tell you about their personal, private injury. It reminds me of fighting fires. If you open the window and let someone tell his or her story, they’ll breathe again.

My story, while unique, is not all together unheard of in the sense that our nation’s first responders are experiencing 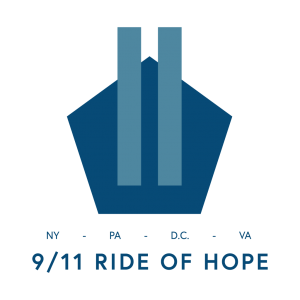 a mental health crisis like no other. Americans in public service are more likely to die by suicide than performing their line-of-duty life-saving roles. In 2019, at least 114 Firefighters died by suicide, compared to the 52 that died in the field. In the same year, 228 Police Officers took their life while 132 died in the field. We have lost 22 as of February 15th, 2021. The reality facing our country’s first responders is at a critical point.

It is with this in mind that I invite you to join us, The Quell Foundation, as we embark on the 9/11 Ride of Hope this September. So please, register to ride, buy a jersey, or support our cause.

The 9/11  Ride of Hope is a 5-day cycling journey to honor those suffering from the physical and emotional exposures associated with September 11th, 2001, and its aftermath. Each mile of the journey between the World Trade Center in N.Y. and the Pentagon in Arlington, Va., will pay respect to those who lost their lives and demonstrate our commitment to the mental health of our First Responder, Emergency Response, Government Agencies, and Military communities. The event will culminate with the national premiere of The Quell Foundation’s documentary Lift the Mask – First Responders Sound the Alarm on Friday and a wreath-laying ceremony at the Pentagon on the anniversary of 9/11.

For more information on this event, visit the 9/11 Ride of Hope website.