Through open, judgment-free dialogue, we can remove the stigma of mental health. Michaela Kearney is a Quell scholar alum, a Quell Junior Board member, and featured in our documentary “Lift the Mask – Portraits of Life with Mental Illness.”

Ever since I was a little girl, I chased Marshall. There was something about him that just made you feel so good,

so at peace. My favorite times with him were long car rides as a family. I would have my head resting on my hand in the middle of the backseat, and he would place his head on top of mine, using my head as a pillow. It made my neck kink up and hurt, but I never dared to move away from that embrace with him. Or his hands. He had these incredibly long fingers that enabled him to play the guitar with ease. Every time I thought my hands had gotten a little bigger and could match his, he would place his hand against mine and curl his fingertips over the tops of mine. He loved proving that he still had much larger hands than me. These memories are what I think of when I hear the word Marshall: my big brother, my hero, the kid with the most magnificent smile, and the dopest fro.

I didn’t know Marshall was suicidal or depressed. I knew that he was unique, sensitive and that things seemed to affect him. Even though I was his little sister, I was very protective of him. I hated to see him cry, and I always worried about him. But I didn’t know how deeply he was troubled. We all missed the signs of people who die by suicide.

In September 2006, I came home from school and began to make the trek up to our driveway while thinking 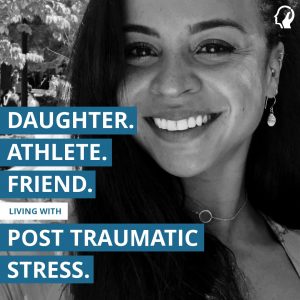 about what show I might watch on TV. When I noticed the garage door was open, I was annoyed. That meant one of my parents was home, and I couldn’t watch TV. In that moment, however, my childhood ended. Instead of seeing my parent’s cars in the garage, I found Marshall, hanging unconscious. My life was forever changed.

I didn’t scream or cry. My bag dropped to the ground, and I was frozen for a split second. Then I ran into the house and called 911. The dispatcher said she sent the cops, but she wanted me to try to find a neighbor. I ran through the woods to our family friend’s home, but no one was there. So, the dispatcher asked if I could get him down myself. I ran to the basement, trying to find my dad’s tools. Marshall had used a thick, wiry material, and I had no idea what I could use to cut it. I grabbed pliers.

I sprinted back to the garage and climbed the same chair that he had used to hang the noose. As I stood over him, looking down at his fro, I pleaded with him to hold on. I bounced back and forth between trying to maneuver pliers and begging him to stay with me.

Eventually, the cops arrived. They had to physically remove me from my brother and the garage. I went to the backyard with the phone and pliers still in my hand, unable to move. The phone rang with my mother on the other end. She was begging me to tell her what had happened. I will never forget the gut-wrenching sound that she emitted when I had to tell her her only son had taken his life.

While my family clung to memories of the Marshall we knew and loved, the world decided he was now a drastically different person, simply because it was now understood that he had a mental illness. He was no longer Marshall, the sweet guy who could ease anyone’s pain with a simple hug; he was now ‘Marshall, the kid who committed suicide,’ and I was ‘Michaela, the girl whose brother committed suicide.’ I could see it in their faces when they approached me – or avoided me – the days after he died. People didn’t know how to handle it. Dying from cancer or a car crash is different than suicide. Suicide and mental illness make us uncomfortable. 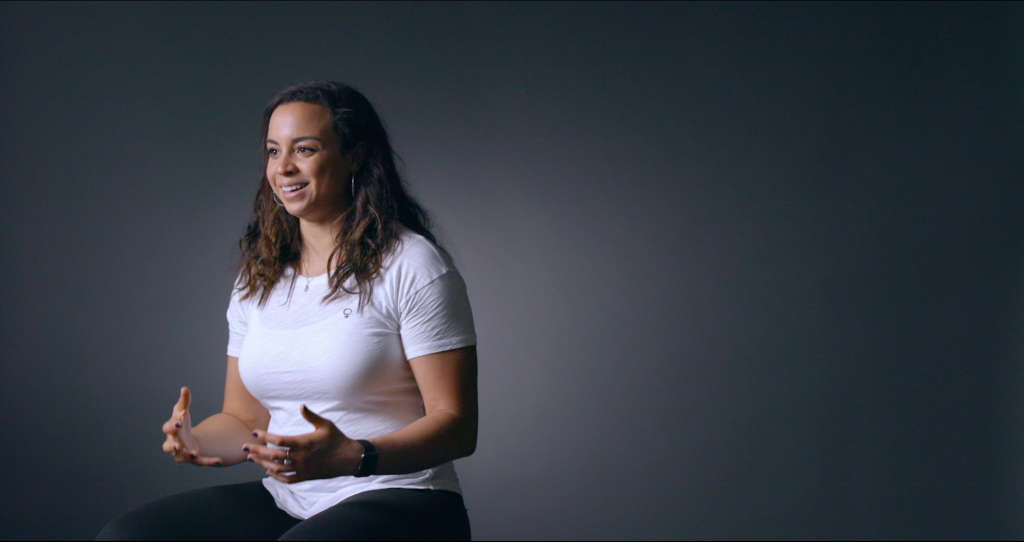 It’s that stigma that kept me from being honest about the struggles I was enduring after Marshall died. Each day became an endless battle to fight the demons that seemed to have taken over my life, matched by the depression and grief that came with losing my only brother. During the day, I fought back the tears, flashbacks of finding Marshall, and such negative thoughts that scared me even to admit I was thinking. At night, Marshall visited me, but in the form of nightmares, where I continually found him dead in places that I often frequented, like my home or the pool where I practiced swimming. It felt like I was hit with a flashback every place I went.

From the outside, you would have had no idea I was facing these battles. I continued to go to school, swim practice, and hang out with my friends – I refused to admit that I had a mental illness. I was able to use the ‘fake it till you make it’ mentality for three years, and it did look like I was getting better. I was doing well in my first years of high school. I had a lot of friends, my first boyfriend, and I was climbing the ranks in swimming – earning a place at Junior Nationals and becoming the top in my state. The nightmares subsided. While I still missed Marshall every day, I felt I had regained control of my life and put it all behind me – until my junior year when my boyfriend and I broke up.

With the “loss” of another person, my post-traumatic stress disorder (PTSD) that I had refused to address a few years ago was triggered. The nightmares, flashbacks, and suicidality came flooding back, stronger than ever. Finding mental health care providers for children was tough then. It’s still tough now. I was hospitalized for mental illness that year. My mom said that hospitalization was a turning point and gave her a glimpse of hope that I’d persevere.

When people ask me how I’ve survived and thrived, I simply say that I have 13 years of practice. By taking ownership of my mental health and seeking help, I have been able to get myself to a place where I can stand up in public settings and talk about the darkest times of my life. I can also truthfully tell you that today – I am the happiest I have ever been in my life. Yes, my PTSD is still a part of me, and I have to work on it every day.

Last year I moved in with friends, and my roommate had purchased hooks to hang curtains in our living room.

Once I got to the point where I could no longer screw the metal hangers with my hand, she passed me a pair of pliers to finish the job. My hands instantly became very awkward, and I couldn’t get it to work. My mind flashed to standing above Marshall and trying so hard to get him down. It hit me like a ton of bricks. I had to step down from the curtains to just take a second to breathe. Sometimes it scares me how quickly I can be brought back to those moments. They are deep within me. If I allow myself to think of Marshall that day, the grief is unbelievably powerful. It has the strength to consume me to the point where my body begins to evoke physical pain, and I can feel the same despair that I felt the day we lost him.

But, I will never let it get the best of me. I know Marshall would never want that. In his final letter to me, he asked me to make the most of my life. For the past 11 years, that’s all I’ve aimed to do. The people that I have been able to work with since becoming a psychiatric nurse practitioner have shown me that this is what I was meant to do. I have never felt more myself than when I am helping others and their mental health.

My family’s story is a tough one. When someone hears our story, it often elicits what I call “sad eyes,” followed by a “you poor girl, you’re so strong” in a sympathetic tone. I know people mean well. Frankly, I don’t need sympathy. I know I’m strong. What I need is for people to join me in my fight to help those in their times of darkness, to advocate for those who feel they don’t have a voice, and to raise awareness. I’m so honored to be teaming up with the Quell Foundation because we share a mission of crushing the stigma of mental illness. Helping Quell is another way of me living my best life – and keeping my promise to Marshall. While he may not be with me physically, I feel him everywhere. His heart was too big for this world, but he lives on in mine.